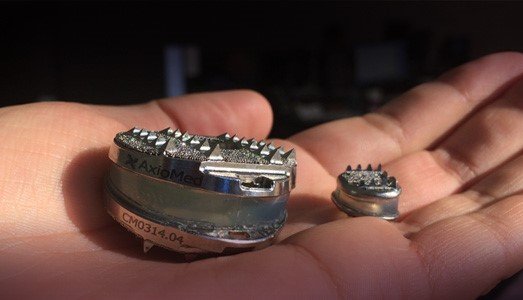 AxioMed announced today it has received approval from the Therapeutic Goods Administration (TGA) of Australia to market and sell their cervical and lumbar Freedom Viscoelastic Disc Replacement. The approval, effective immediately, marks an important milestone for AxioMed as the company increases its presence both internationally and domestically in the USA in preparation for FDA approval. The AxioMed viscoelastic disc is a next-generation disc replacement that restores natural disc height, stability, and motion in the human spine.

In response to the TGA approval of the AxioMed discs, company President, Jake Lubinski will be traveling to Australia from October 7-12 to meet with surgeons in Brisbane, Sydney, and Melbourne to discuss the benefits of a viscoelastic disc replacement. “The evolution of total joint technology now enables restoration of joint motion with a high degree of patient satisfaction. AxioMed believes it can replicate this success in spine with their innovative and advanced viscoelastic total disc replacements” says Mr. Lubinski, “we’re excited to make our entrance into one of the most advanced markets globally in total disc replacement”

About AxioMed
Founded in 2001, AxioMed (http://www.axiomed.com/) began its journey of exhaustively proving the Freedom® Disc through clinical studies in the USA and Europe, research, development and testing. In 2014, KICVentures recognized the disc’s enormous potential and acquired the company into their healthcare portfolio. AxioMed owns an exclusive viscoelastic material license on its proprietary Freedom Disc technology.