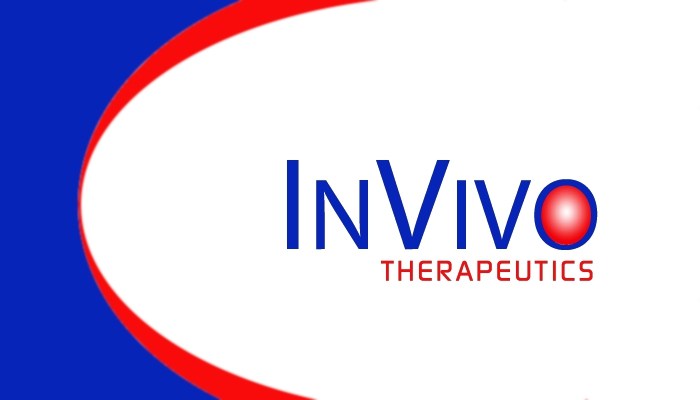 CAMBRIDGE, Mass.–(BUSINESS WIRE)–InVivo Therapeutics Holdings Corp. (NVIV) today announced the appointment of Jeffrey Hatfield to its Board of Directors. Mr. Hatfield most recently served as President, Chief Executive Officer, and Board Member for Vitae Pharmaceuticals and served in those capacities since joining the company in March 2004. Mr. Hatfield funded the company privately from 2005 to 2014 via three separate partnering transactions and took Vitae Pharmaceuticals public in 2014. On September 14, 2016, Allergan Plc announced that it had entered into a definitive agreement to purchase Vitae Pharmaceuticals for approximately $639 million in cash.

Prior to joining Vitae Pharmaceuticals, Mr. Hatfield worked at Bristol-Myers Squibb (BMS) in a variety of executive positions, including: Senior Vice President of BMS’ Immunology and Virology Divisions, where he was responsible for all aspects of the $1B annual revenue division; President and General Manager, BMS-Canada; and Vice President, U.S. Managed Health Care. Mr. Hatfield holds an M.B.A. from The Wharton School of the University of Pennsylvania and a bachelor’s degree in pharmacy from Purdue University, where he is a Distinguished Alumnus and adjunct professor. He has served on the Board of Ambit Biosciences (AMBI) before its acquisition by Daiichi-Sankyo, and is currently a member of the Board of Directors of the Biotechnology Industry Organization (BIO), serving on the Executive Committee of the Emerging Company Section. He is also a member of the advisory committees for Purdue University’s College of Pharmacy, Drexel University’s LeBow College of Business, and the Chapman-KGI School of BioPharmacy.

Mark Perrin, InVivo’s CEO and Chairman, said, “The Board of Directors is pleased to welcome Jeff. His invaluable experience in steering a company to clinical trials, managing successful product launches, business development transactions, and driving valuation leading to corporate acquisition makes him a great asset to the Board.”

“I’m personally very motivated and excited by the company’s work, as I’ve had direct experience with a family member who suffered a serious spinal cord injury at an early age,” Hatfield said. “I’m hopeful that Mark and the InVivo team can make a meaningful difference to the lives of those suffering these kinds of traumatic injury.”

InVivo Therapeutics Holdings Corp. is a research and clinical-stage biomaterials and biotechnology company with a focus on treatment of spinal cord injuries. The company was founded in 2005 with proprietary technology co-invented by Robert Langer, Sc.D., Professor at Massachusetts Institute of Technology, and Joseph P. Vacanti, M.D., who then was at Boston Children’s Hospital and who now is affiliated with Massachusetts General Hospital. In 2011, the company earned the David S. Apple Award from the American Spinal Injury Association for its outstanding contribution to spinal cord injury medicine. In 2015, the company’s investigational Neuro-Spinal Scaffoldreceived the 2015 Becker’s Healthcare Spine Device Award. The publicly-traded company is headquartered in Cambridge, MA. For more details, visit www.invivotherapeutics.com.

Creating a slippery slope on the surface of medical implants
PeerWell Announces $2.1 Million in Seed Funding to Pioneer Tech-Enabled PreHab for Surgery