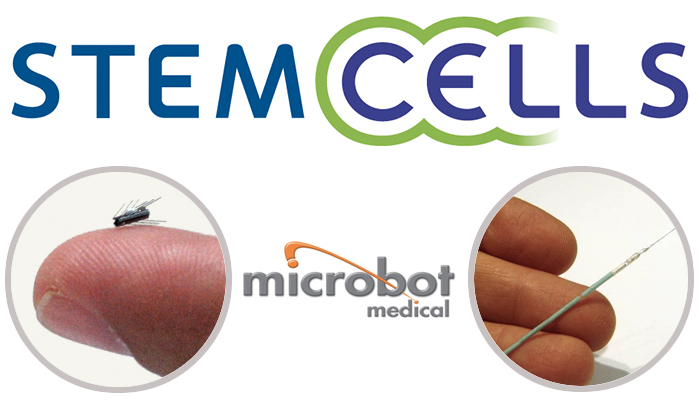 Israeli company Microbot, which three months ago announced its merger into Nasdaq-listed US company Stem Cell, yesterday announced that the merger had been completed. Microbot was founded as investment company MEDX Ventures Group, led by Harel Gadot and based on technology developed by Prof. Moshe Shoham, who also developed the technology of Mazor Robotics Ltd. (Nasdaq: MZOR; TASE:MZOR), a company with a $550 million market cap.

Microbot develops miniature robots. The companies first app is for cleaning drainage pipes in the body, for example in the urethra or the brain, thereby removing the necessity for surgery to replace them. The miniature robot functions in the same way as a robot that cleans swimming pools or homes. It is made of titanium, and has arms that move around it. It can be controlled from outside the body and directed within the urethra, so that accumulations of dirt are released, and can be swept out of the drain.

In the future, the product is likely to also prove suitable for cleaning plaque from blood vessels in order to prevent heart attacks and stroke and obviate the need for a balloon or stent. More remote apps include a robot with a camera for taking photographs within the body (like Given Imaging’s camera pill, but with the added capability of controlling the location and camera angle) and release of a drug in a specific place.