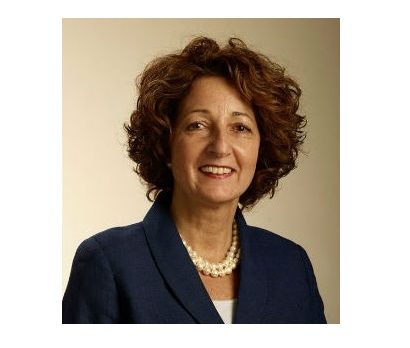 During most of 2018, Shadan served as global vice president of marketing at Smith & Nephew plc, a role she assumed after the company acquired Rotation Medical, where she was president and CEO. Shadan led the company through FDA approval and commercialization of the Rotation Medical Bioinductive Implant for rotator cuff tears (now known as REGENETEN), as well as the company’s acquisition by Smith & Nephew in December 2017.

“We are very glad to have Martha Shadan joining the Miach team,” said Martha Murray, MD, founder and chief medical officer of Miach Orthopaedics. “Her experience in the medical device space with successful commercialization of medical devices brings in a very valuable skill set, and we are very much looking forward to working with her as the CEO.”

Shadan has successfully served in a number of senior leadership positions at Zimmer, Covidien, Bristol Myers Squibb Co. and Merck Millipore. She is actively involved with the Advanced Medical Technology Association (AdvaMed), serving on the Board of Directors since 2017 and Accel Board of Directors since 2015; serving as chairwoman of the Accel Board of Directors; and being a founding member of the Leadership Circle for the Women’s Executive Network (WEN). Shadan holds a master of business administration from Northeastern University, master of science in biology from Michigan State University, and bachelor of science in biology from the University of New Hampshire.

About ACL Injuries and the BEAR Implant

Every year, approximately 200,000 anterior cruciate ligament (ACL) injuries occur in the U.S. Without treatment, the ACL does not heal, resulting in ACL reconstruction surgery being one of the most common orthopaedic procedures in the U.S. Miach Orthopaedics’ new Bridge-Enhanced® ACL Repair (BEAR®) technology is a proprietary bio-engineered sponge used as a bridging scaffold to stimulate healing of the torn ACL. It is hoped this new technology will restore more normal anatomy and function of the knee, and thus enable a higher percentage of patients to get back to activities they enjoy. The BEAR implant is an investigational device and is only available in FDA-approved clinical trials.

Miach Orthopaedics, Inc. is a privately held company located in Westborough, Massachusetts, near Boston, dedicated to developing bio-engineered surgical implants for connective tissue repair.  The company’s initial focus is on the Bridge-Enhanced® ACL Repair (BEAR®) technology as a viable alternative to conventional ACL reconstruction for patients who have sustained an ACL injury. The BEAR technology was pioneered by Martha Murray, M.D., at the Boston Children’s Hospital Department of Orthopaedic Surgery with initial research funding provided by the NFL Players Association, Boston Children’s Hospital and the National Institutes of Health. Miach closed a $22.5 million Series A round in September 2018 led by Amzak Health Investors LLC and DSM Venturing with participation from the NFL Players Association and additional investors.  For more information on Miach Orthopaedics and its products, visit www.miachortho.com and follow the company on Twitter and LinkedIn.